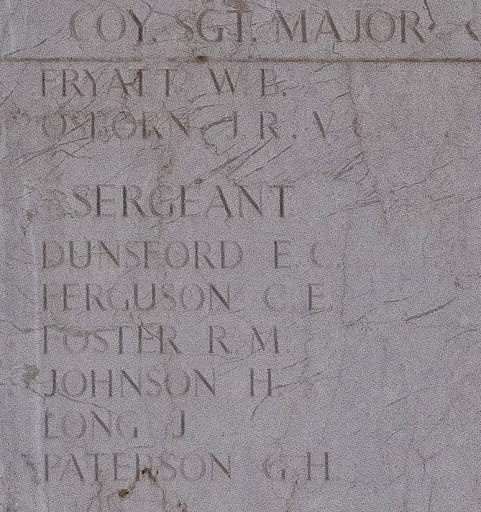 H6008 John OSBORN - A veteran of the great war, C. S. M. John R. Osborn was a member of A company of the Grenadiers. He served with the Imperial Army in the last war and was severely gassed during his service in France.

In 1920 he came to Canada because of his health. He was employed in the maintenance branch of the C.N.R. at Gregg, Manitoba and later he farmed in Saskatchewan. He came to Winnipeg to reside 13 years ago. His wife and family live at 87 Guay Avenue.

He had been in the Grenadier non-permanent unit since 1933 and went on active Service as soon as war broke out.

C. S. M. Osborn was born in Norfolkshire, England. Beside his widow, he is survived by five children John 15, Fern 14, Gerald 12,George 8 and Patsy 6; his mother Mrs S. Osborn and two brothers Thomas and Theodore all residing near Cambridge England; a brother Harold of Westview Vancouver and a sister Mrs. Alice Brandon of North Durham England